Sikkim is one of the smallest state of India came into existence from 1975. It was an independent country ruled by the Chogyal Monarchs until it was merger with India as an independent state in 1975. The state is Legendary for its peaceful nature and simplicity. Sikkim shares boarder with Nepal in the West, Tibet in the North, Bhutan in the East and the rest with the state of West Bengal in India. Situated in the Himalayan ranges it is known for its diversified flora and fauna.

Entry Rules in Sikkim :
Indian tourist can visit Sikkim without obtaining any permission. To visit Sikkim all foreign nationals are required to obtain special permit. Foreigners are allowed for 15 days to visit Sikkim. It can be extended another 30 days in two parts i.e. 15 days and then 15 days. Permit can be obtained from different places like Siliguri, Darjeeling, Rongpo etc. Permit can also be obtained from Indian Embassy at different places. Foreigners are need to carry 02 nos. photograph and copy of passport.

Foreign Nationals are strictly restricted to visit Nathu La Pass, Gurudongmar Lake and few some other places in Sikkim. Indian tourists are required to take special permission to visit Tsongo Lake and Nathu La Pass. Active Tourism will help to get the permission. All permits can be collected from the Indian Embassy in different Countries. It can also be collected from Foreigners' Regional Registration Office in Kolkata, New Delhi, Mumbai, Chennai or the Office of the Assistant Resident Commissioner, Govt. of Sikkim, Kolkata or The Office of the Deputy Director-Tourism, Govt. of Sikkim, New Delhi. Visitors/Tourists from Pakistan, Bangladesh, China and Myanmar can be given Inner Line permits only after approval from Ministry of Home Affairs, Govt. of India at New Delhi. Any Foreign Diplomats, Members of International Organization and United Nations Officials are required to take their permit from the Office of the Ministry of External Affairs, New Delhi.

Gangtok :
Believe it or not, but resisting the alluring charm and appeal of Gangtok is almost impossible for anyone! The capital city of Sikkim, Gangotk is nestled in the Eastern Himalayas and is one of the kaleidoscopic tourist destinations in the state.
Whether you are looking for serene beauty, lush forests, gurgling rivers or mental peace, Gangtok travel packages will cuddle up your Sikkim holidays. For the nature lovers, a holiday in this scenic city is enough to fulfil all their wishes. On the other hand, for the adventure lovers, they can enjoy cable car rides, river rafting, go for mountain biking and several other activities in Gangtok.

Pelling :
If you are an ardent fan of the captivating Himalayan Range, Pelling is the destination for you! It is from this Sikkimese town, one can have the best views of the Himalayas and the Kanchenjunga Peak, and can experience the best of their Sikkim holidays.
Located at a height of 7,200ft above the sea, this scenic town is bestowed with several waterfalls, breath-taking views, natural beauty and adventure options like rafting, kayaking, trekking, mountain biking and several others.

Lachung :
Lachung has multiple reasons to make you fall in love with it! While its location at an enthralling height of 8,610ft makes it a popular snow-destination in Sikkim, its untouched and surreal beauty makes it one of the scenic as well as charming tourist places in Sikkim.
Located in the northern part of Sikkim, this quaint mountain village is adorned by the immaculate beauty of the Lachung Chu River and is also known for the Lachung Gompa. Though this village is one of the mostly visited regions in Sikkim, it still holds an alluring charm that can hardly be found in any other destinations.

Zuluk :
Touching a towering height of 10,000ft, Zuluk is one of the least discovered destinations in the entire of Sikkim. Located on the ancient ‘Silk Route’, this quaint Sikkimese village takes the pride of being a vintage point to enjoy panoramic views of the Mt Kanchenjunga.
In addition to the magical beauty of this hamlet, it is also popular among the adventure lovers as the ride to Zuluk takes them through 32 hair-pin bends.

Namchi :
Translated into the native Tibetan language, Namchi means the ‘top of the sky’. And on a visit to this magnificent Sikkimese city, this will be proved! Located around 92km from Gangtok and at a height of 1,675m above the sea level, it is also one of the most gorgeous cities in the state.
More than tourism, Namchi is more considered as a pilgrimage centre for the Buddhists. Amongst the important religious sites, the Namchi Monastery, Tendong Hill and Ralong Monasteries are the pre-dominant. The city also has a 108ft Lord Shiva statue and is visited a large number of Hindu devotees as well.

Tsongo Lake :
On a visit to Gangtok, do not miss the chance to visit the Tsomgo Lake or the Changu Lake! Located only 38km from Sikkim’s capital, it lies at an altitude of 12,400ft and is one of the highest lakes in India.
While the lake remains frozen during the winters, summer brings in a magical charm and appeal to Tsomgo. It is during this time of the year, the turquoise waters of the lake reflects the amazing views of the nearby peaks and the azure sky above!

Baba Mandir :
Located between Nathula and Jelepla pass at an altitude of 13,123 ft and about 52kms from Gangtok, Baba Harbhajan Singh Temple is popularly known as Baba Mandir. One usually covers this temple along with a visit to Tsongmo Lake or Nathula Pass.
There is a touching story associated with this temple. Harbhajan Singh was a Sentry of Punjab Regiment and was posted here as part of border patrol force. The border with China is nearby. In October 1968 he disappeared. It is said that while escorting mules carrying provisions, he fell into a stream and drowned. After a few days he reappeared in the dreams of one of his sentry colleagues and asked him to make a memorial here on his name.

Nathula Pass :
The once a part of the historic ‘Silk Road’, a visit to Nathu La is a must in any of the Sikkim travel packages. One of the highest motorable pass in the world, this amazing pass is located at a towering height of 4,310m above the sea level and connects Sikkim with Tibet.
The pass is open to Indians; however, one has to obtain permission from the tourism department in order to visit this pass. And for the foreign national, they cannot make it to Nathu La.

Yuksom :
Located in the Western parts of Sikkim, Yuksom is the origin of several enthralling treks into the Himalayas or the magical Kanchenjunga. The once a capital of Sikkim, this hamlet is more known for its pristine beauty and rustic appeal.
Also known as the ‘Meeting place of Three Lamas’, this Sikkimese village has recently started gaining tourism attention. Well, this is also the reason, you can expect pristine beauty and untouched nature in Yuksom. Home to the oldest monastery in Sikkim, this pictorial hamlet is one amongst the most peaceful and serene places to visit in Sikkim.

Yumthang Valley :
A visit to Yumthang Valleys it truly a colourful affair! Located at an elevation of 3,500m, this scenic valley is the home to several exotic, rare and wild flowers. It is often said, one who visits this quintessential valley, often gets pleasantly affected by its treacherous colours and alluring beauty!
Come the monsoons, the entire valley blooms at its best and displays the most enchanting colours of the nature. Primrose, cobra-lilies, louseworts and cinquefoils are some of the most commonly found species in Yumthang.

Gurudongmar Lake :
Last, but not the least in this list is the Gurudongmar Lake! One of the highest fresh-water lakes in the world, this gorgeous place to visit in Sikkim is located at a towering height of 17,800ft and is also known as Tso Lhsmo Lake.
Considered as a sacred lake, the legends say that though this lake remains frozen during the winters, one of its portion never freezes. No matter, how extreme is the weather, this certain portion blessed by Guru Padmasambhava never freezes and thus its water is considered holy by the devotees.

Zero Point :
Zero point lies in the area of Yumthang, Sikkim which is situated above fifteen thousand feet high above the sea level. The place personifies the beauty of nature and share a close approximate distance with the Indo Chinese border. The place is grazed by nomadic shepherds and one can see such beauty of it.
The point is said to be the last point where road ends and harsh mountain starts stretching a longer distance. The snow-capped mountain beautifies the place even more with its enamor. The place remains and is covered by snow at all season o a year. 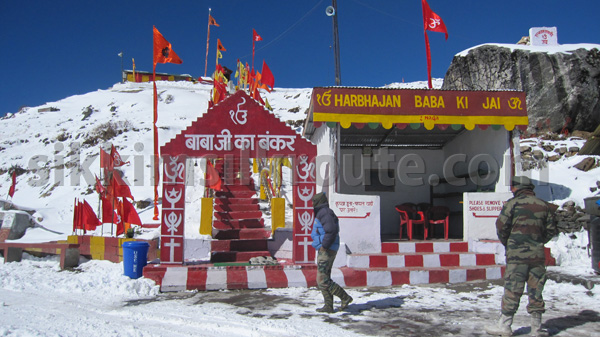 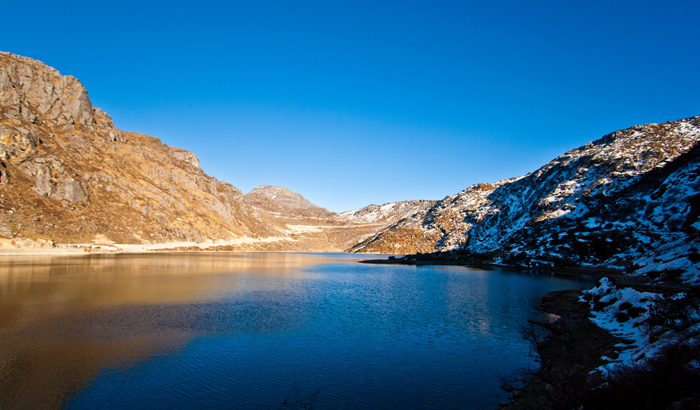 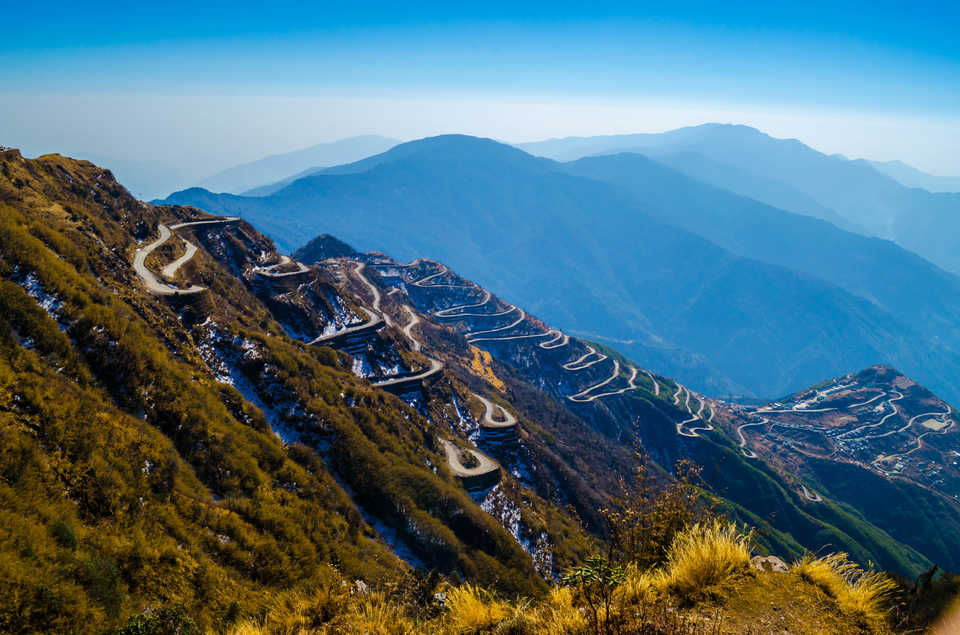 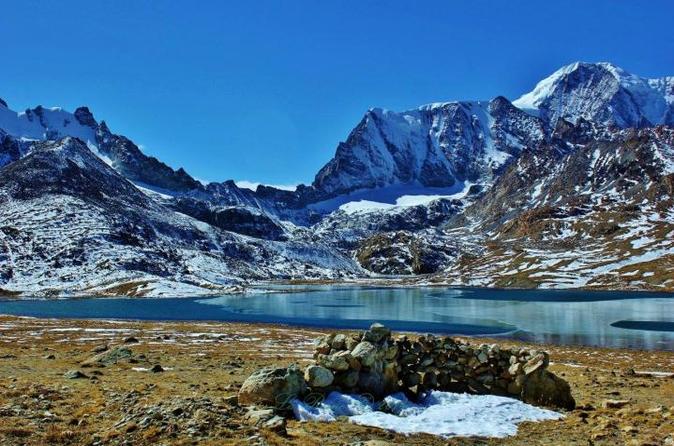 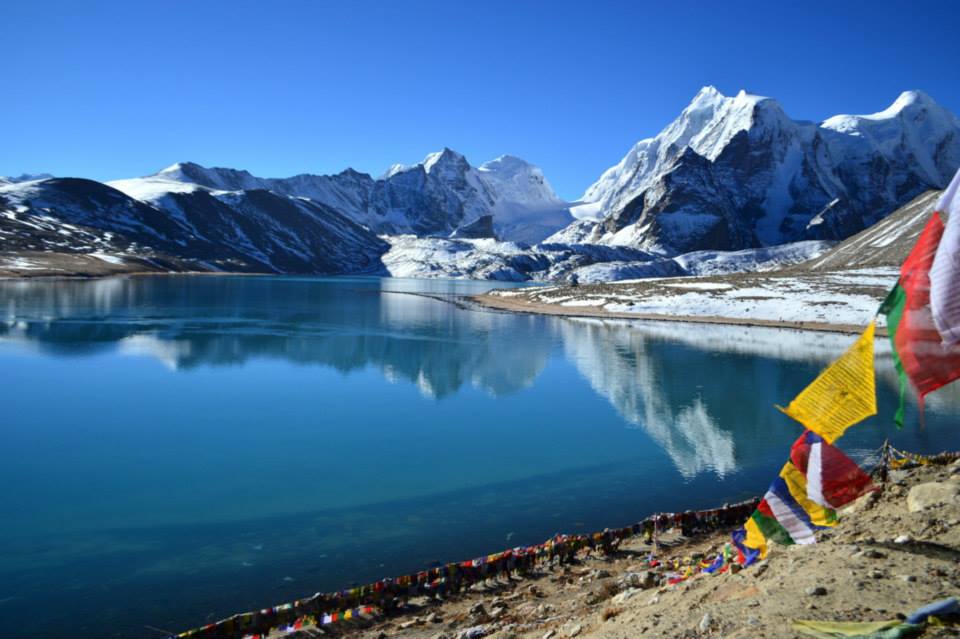 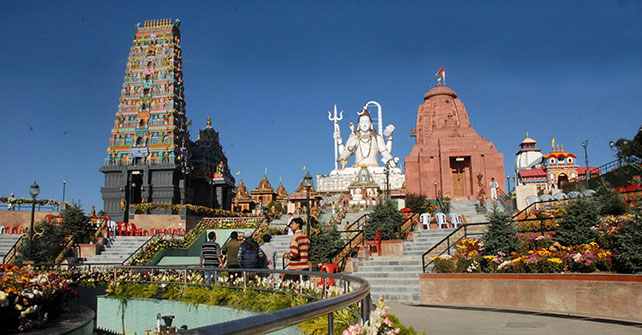